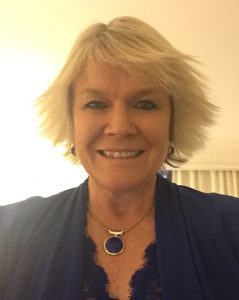 I come from a large North Yorkshire family – only girl with six brothers. I have had a diverse and well-travelled career – spending eight years in the WRAF as a Physical Training Instructor before retraining as a Remedial Gymnast (now physiotherapist), then marrying and spending the next two years in Hong Kong where I started a career in technology.  Coming back to the UK I trained women on new technology at Deptford Skill centre, worked on the (then) new London Underground ticketing system, at British Gas, testing and providing training on a new project management system, and finally worked with Motorola on the Channel Tunnel Project before moving to Brisbane in 1995 as a single mum of a four-year-old.  Here I have worked predominantly as a Test Manager across many industries – most noteworthy probably the 2018 Commonwealth Games.

I have to say my mum – and all those hard-working women from the post-World War 2 era who raised and supported large families on next to nothing to make sure they had a better future.  More recently I have been extremely impressed by Jacinda Ardern as a role model to women – managing success at work as well as raising a family and gaining respect from everyone, particularly during such critical times.

In short – it’s good for business.  There is much research to support the success of gender diversity in business with the exchange of ideas and innovation which women can bring to the table.  This can be dependent on the country and industry, but I believe it’s heading in the right direction.

Programs have been emerging for some time to promote equality.  I was lucky enough to be a participant in an excellent women’s mentoring program which gave me insights into many areas – something now being developed in many other companies. I did wonder why the men in that company didn’t ask for a similar program, but they didn’t seem to need it.  The creation of clear and consistent career pathways is improving and will help women to compete.

What further steps can be implemented to encourage women supporting women?

Many networking groups exist to support women in the workplace, which could and should be expanded.  Women in Technology has made great inroads with inspirational and successful female speakers, with most attendees finding the networking equally as important to discuss trends, vacancies and meet like-minded people.

How would you motivate women to “lean in”?

Women may find it hard to lean-in when managing career and family, but it can be done.  We need to have more courage and confidence in our own abilities and take heart from women who are succeeding.  Women need to stop thinking we must be liked to succeed – men certainly don’t!

How would you describe your current thinking about diversity and inclusion?

I have had a relatively long and diverse career managing and being managed by both men and women over the years.  I believe things have improved – but we are still not where we should be.  What is encouraging is the number of strong, talented women taking opportunities in many fields and proving themselves as leaders in addition to raising families.

Would you like to tell us a bit more about your thoughts/ comments?

I made a conscious decision to make the best of what was offered to me to ensure my son had ‘better’ choices available to him – something my parents also did for me. I don’t regret anything – we have had a great life in Australia, and my son is now a happily married, successful, well-adjusted young man – so I wouldn’t change anything, but I am interested to see how things progress in the next few years and would love to see the true equality and respect women deserve in pay, careers and opportunities.