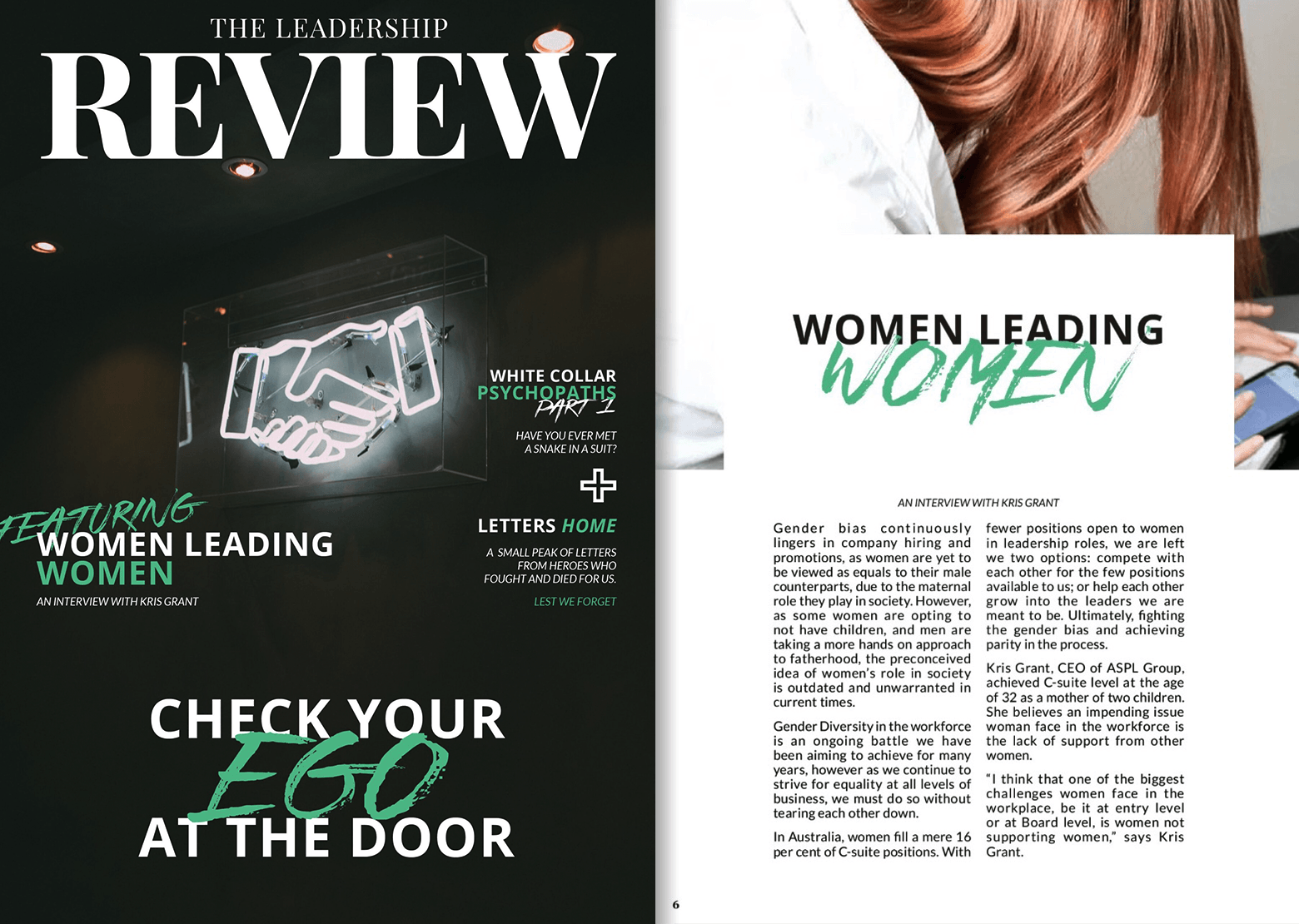 Gender bias continuously lingers in company hiring and promotions, as women are yet to be viewed as equals to their male counterparts, due to the maternal role they play in society. However, as some women are opting to not have children, and men are taking a more hands on approach to fatherhood, the preconceived idea of women’s role in society is outdated and unwarranted in current times.

Gender Diversity in the workforce is an ongoing battle we have been aiming to achieve for many years, however as we continue to strive for equality at all levels of business, we must do so without tearing each other down.

In Australia, women fill a mere 16 per cent of C-suite positions. With fewer positions open to women in leadership roles, we are left we two options: compete with each other for the few positions available to us; or help each other grow into the leaders we are meant to be. Ultimately, fighting the gender bias and achieving parity in the process.

Kris Grant, CEO of ASPL Group, achieved C-suite level at the age of 32 as a mother of two children. She believes an impending issue woman face in the workforce is the lack of support from other women.

“I think that one of the biggest challenges women face in the workplace, be it at entry level or at Board level, is women not supporting women,” says Kris Grant.

“We are seeing some positive change in this space, but there is a long way to go.”

As we start to see an influx in women’s professional careers, organisations which value gender diversity are investing time and resources into teaching women and allowing for them to confidently transition into leadership roles.

“We are beginning to see promising gains in these areas as organisations realise theyare missing out onsignificant talent by not developing their women or offering them true flexibility,” says Kris.

“Programs which identify emerging female leaders and create meaningful learning and mentoring opportunities are shown to return significant benefits to the business as well as helping to develop future C-Suite exec and board members.”

By distinguishing missions and goals within the organisation that encourages the mentoring of young and/or female talent, will see a correlation to the time and attitude of said demographic.

“At an organisational level, a culture which supports and promotes mentoring and celebrates its value is another way to encourage and reward staff to invest their time and energy into supporting young, emerging leaders in their industries,” says Kris.

“Sharing stories of how women in the C-suite mentor and successfully lead women can be inspirational content for internal and external communications platforms, and this is often overlooked.”

When you take a step back from what an individual can do within their company to the bigger picture, you will notice the outstanding gap between male and female leaders in Bluechip companies.

“According to recent research by Chief Executive Women, just 5 per cent of ASX200 companies are led by women. In the past year, just one of the 25 CEOs appointed to lead ASX200 organisations has been female. The year before, only two female CEOs were appointed,” says Kris.

Even though there has been minor improvement in the number of female CEOs and industry leaders, there is still a long way to go before achieving an equilibrium. Industry super fund HESTA is leading the way to achieving gender parity in the publicly listed domain.

“In response to a lack of women leaders in leadership roles being identified as a financial risk to big business, industry super fund HESTA is leading a fantastic initiative called 40:40 Vision to push companies in the ASX200 to fill at least 40 per cent of their executive positions with women by 2030. This will see companies sign up and pledge to have 40 per cent women, 40 per cent men and 20 per cent any gender among C-suite roles by 2030,” says Kris.

“Often in my work as a CEO of a management consulting practice, it’s all too common to see lengthy HR strategies on paper dedicated to plans which support gender diversity, with a goal of gender equality in the workplace.

“The challenge here is for organisations to get their plans into action and not lose sight of their ambitions when things get busy amid competing priorities.

“40:40 Vision recognises this and is asking companies to set clear and public targets towards this goal, with flexibility around how they develop their strategy to get there to ensure they achieve genuine change.”

While we aim to achieve gender equality within leadership roles, we must not identify or view women gaining executive and leadership positions as tokenism.

“Female hires can’t be ‘token’ or seen as ‘token’ either as this creates a different set of issues, for the woman – increased pressure, a reluctance to ‘lean in” and being unable to act authentically and not playing to their strengths, therefore being ineffective in their role as they have been set up to fail,” says Kris.

“During the pandemic, organisations would actually benefit more from having female leaders in their rank, as they have higher levels of emotional intelligence (or EQ) and this is so important during COVID as they .n respond appropriately to the challenges this presents.”

The skillset, intellect and emotional intelligence a female leader can provide to your organisation should far outweigh the dated beliefs of a woman’s role in society.

TOP FIVE TIPS ON HOW TO LEAD

LEAN IN – Be confident and speak up. Play to your strengths, rather than being concerned about ego when speaking up.

OVERCOME ‘IMPOSTER SYNDROME’ – Shake off those feelings of self-doubt. You do deserve your success and the opportunities that come your way. Stop underestimating yourself.

BE VULNERABLE – Being human. Being open when things don’t go to plan and sharing your feelings and your !earnings, is being vulnerable. It shows courage to show up and be seen and its a key attribute in today’s leaders. Breve Brown has some great lectures on the power of vulnerability and I’d recommend them to anyone.

HAVE EMPATHY – Always support your team members and encourage others to do the same. Creating a culture of empathy will always succeed over a culture built on competition.

DEVELOP AND TRUST YOUR EQ – Learn to identify your emotions, harness those emotions and manage them- and help others to do the same. 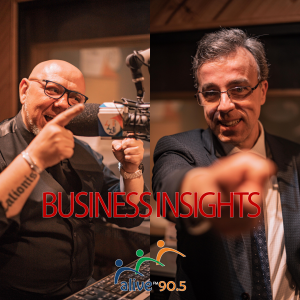 A champion of emerging leaders and an ambassador for workplace equality, Kris has built a successful career and a stable of key clients through living her own mantra of always being an authentic leader and empowering her staff, and her clients’ personnel, to create opportunities for success. 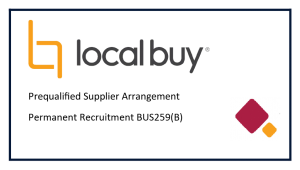 “Local Buy is a leader in the provision of procurement services to the whole of government. Using Local Buy enables our clients to reduce risk, improve compliance, streamline purchasing and deliver significant savings.” 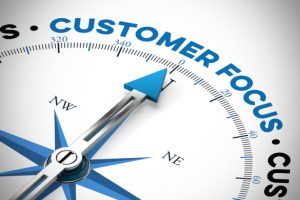 The word “customer” is often misunderstood and it is important to start with educating your workforce on who your customer is. 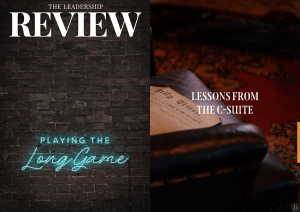 The Leadership Review – Lessons from the C-Suite

ASPL CEO Kris Grant shares her lessons from the C-Suite on The Leadership Review Issue 09 – “Playing the Long Game”.