Our Vision & the Semantic Gap

Symbols are also a very important part of human society. Semantics, the association of meaning with an image or a word forms the basis at the very heart of Technology and the development languages upon which all computer code is written. At a higher level, Semantics and Symbols are incredibly important in facilitating good communication between People and Systems. Poor Systems design is immediately recognizable where humans become confused or the interactions result in large numbers of errors or incorrect entries into the System.

At ASPL Group, we see these simple mistakes being constantly repeated and ending up costing our Clients a significant amount in terms of time and cost to find and resolve. Within our approach to Enterprise Architecture, we have coined the term for this as being the “Semantic Gap”.

On an Enterprise level, our Consulting and People teams often see whole Systems and Sub System Domains miscommunicating and not “talking to each other”. A poor Design process that does not adequately identify and address all of the communication points between Systems and other Systems and Human / System interactions will cause serious damage to the Organisation and significantly reduce the effectiveness of the other Systems, People and Processes around it. Actor-Agent Theory neatly summarises this dilemma for those interested in further reading.

The Design process itself, therefore, becomes a very important step in the creation of any new System or reorganisation of an existing one. The Design process for ASPL Group is both a creative activity for identifying Issues and applying known Patterns to resolve them and a professional discipline in which we apply proven Consulting methods to then capture and document the emergent Design in a time effective way that is easily communicable and understood by all of those involved. The Design Step therefore in all of our assignments (be it People, Solutions or Consulting) is a short, sharp and effective use of time and resources to identify the most efficacious Design approach available and avoids at all costs the common mistake made by other Architects in cycling through endless reviews of possible competing Designs without a final decision ever being made and action being taken to address the actual real-world problem at hand. 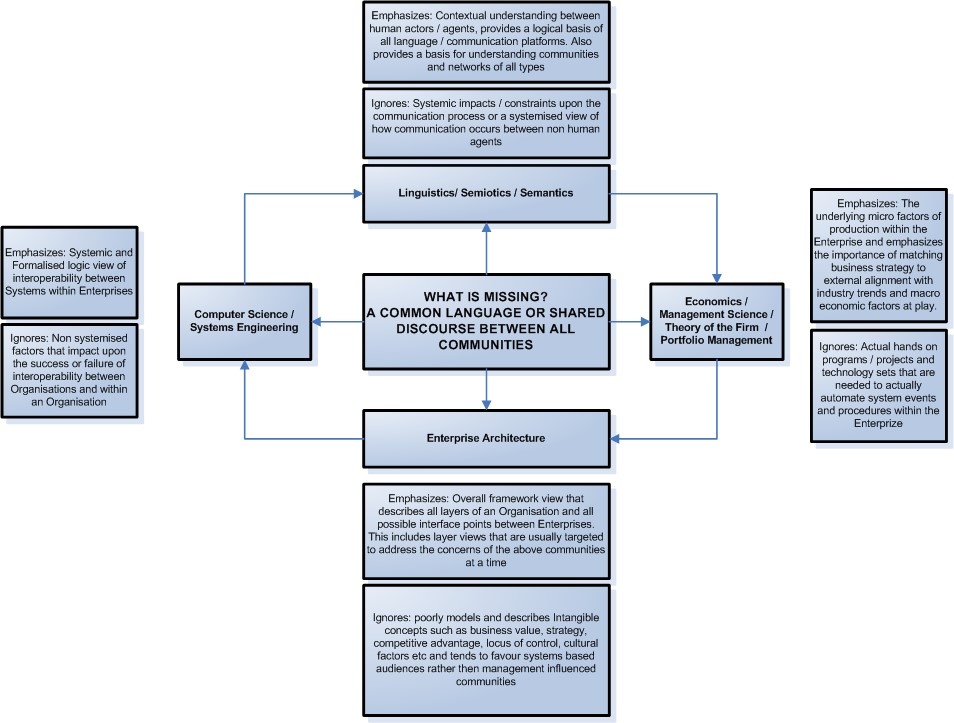 In summary, here at ASPL Group we firmly believe that any program or project that attempts to implement large mission critical systems without a clearly identifiable Design based on a clear and succinct assessment of the current environment and with clear end state goals and objectives in mind will run a very high risk of failure. Over time, a Semantic Gap will creep in (between Systems and People) and the increasing use of Time and Money to solve the same Problems over and over where a known Pattern could easily have been used will come to characterise a high risk and ultimately flawed Project.

The Design step therefore is fundamentally important in clarifying the end state objectives up front before you start on your Change Agenda and fosters a clear understanding of the operational environment within which the proposed System(s) must exist as well as clearly articulating the proposed way forward and phases in which the System will be deployed to solve the many and varied challenges with which the deployment of this new System will be faced.

About Us Read More