The Age, Sydney Morning Herald, Money Mag
With inflation sitting at a 30-year high and the Reserve Bank delivering its seventh interest rate rise this year in November, workers should be demanding a wage rise from January 1, 2023, to avoid a plunge in their real wage next year as living costs soar. 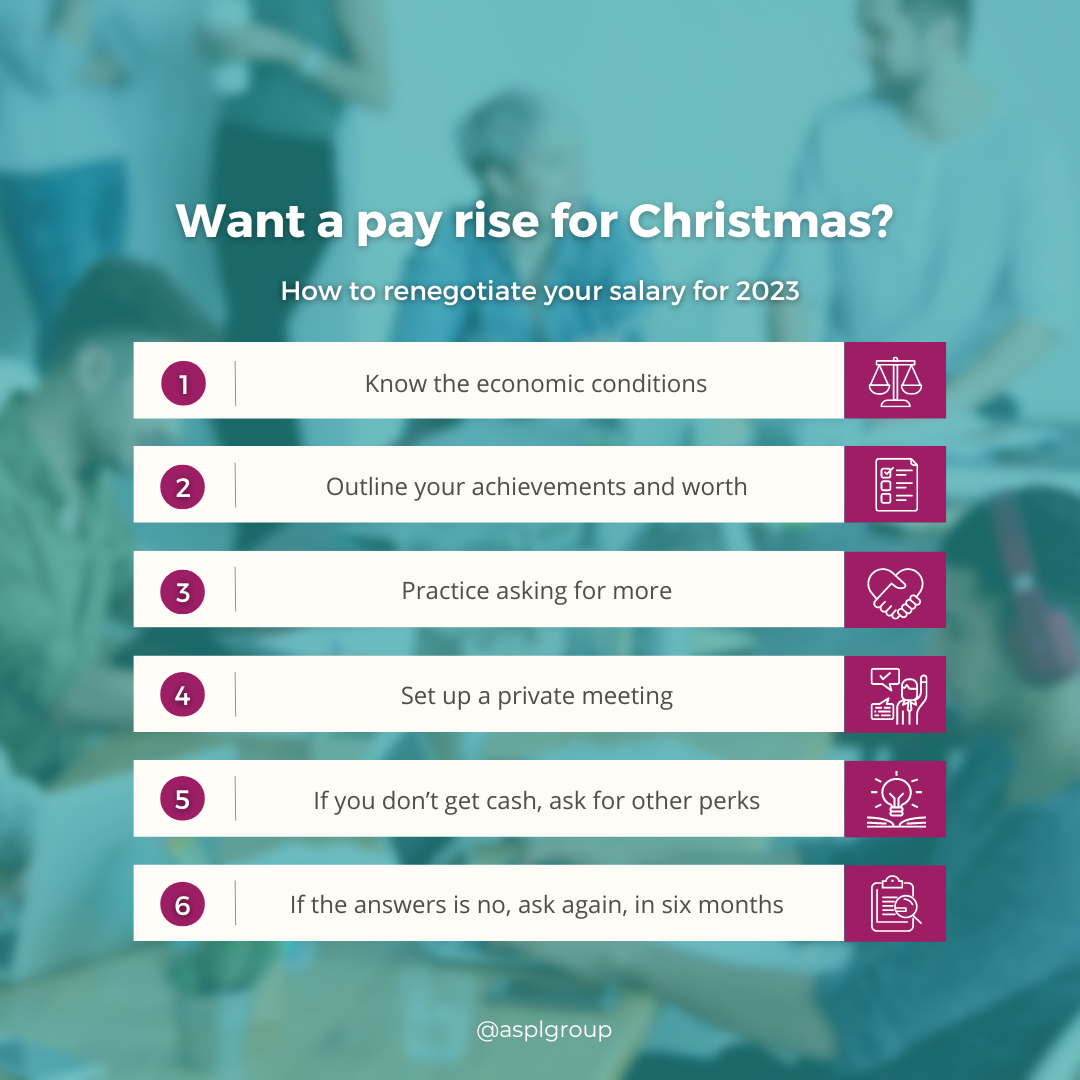 Many employers will be willing to pay their staff more in the current jobs markets to avoid the headache of having to replace them next year. In the US, UK and Australia, unemployment is near the lowest levels since 1974. Older workers, or ‘baby boomers’ are leaving the job market and there simply aren’t enough younger workers to replace them, and job vacancies are sitting at near record high, so the time is ripe to ask for a salary increase with the new year coming.

When asking for a pay rise, be well prepared for questions your boss will inevitably ask to justify a larger pay-packet. Here are six key steps you should take in asking for a salary increase; by adopting them, it could make the difference being your employer granting your request or rejecting it.

Tip 1: Know the economic conditions
It is an employees’ market. The jobless rate fell to just 3.4% in October, its lowest level in almost 50 years. Inflation is going up to at least 7%. It’s only fair that your salary keeps pace with inflation otherwise your real wage will quickly fall behind. Nationwide, average wages grew just 1.9% over the 12 months to May 2022, whereas company profits surged 28.5% over the year to June 2022, data from the Australian Bureau of Statistics reveal. So many corporate employers can afford pay rises, as well as governments, so be persistent, and ask for what you think is fair and reasonable.

Tip 2: Outline your achievements and worth
You need to show your employer that you are adding value to the organisation. To back your request for more money, have examples of your productivity ready. Include any dollar figure or percentage improvements in sales or profit if you can. The more you can prove your value to the organisation, the greater the chance is that your request for paradise will be granted.

You should research comparable salaries being paid for similar roles in the jobs market. Speak to a recruitment consultant and research salary surveys. If you’re being paid less than the market, that’s powerful evidence to present when asking for a pay rise.

Tip 3: Practice asking for more
The more prepared and confident you appear, the more your boss will be prepared to listen to your request. Practise with a friend or colleague who is experienced in management and fine tune your arguments and presenting evidence of your achievements. The more prepared you are, the more likely you’ll get the pay rise you’re asking for. Many companies won’t want to pay you more because it will hurt their bottom line, so this is important.

Tip 4: Set up a private meeting
Ask your boss for a private meeting to discuss your salary, rather than bringing it up out of the blue or at an unrelated meeting. You should ask for a pay rise in person not over email. It will be much easier for your boss to say no if you aren’t in front of them. If you can’t do it in person, a video call is better than a phone call or email. One you’re at the meeting, stress your loyalty, as well as your value.

Tip 5: If you don’t get cash, ask for other perks
If your boss says no to your request for a salary increase, ask if there is another way they could recognise your value, such as such as professional training courses, extra paid leave, or time off in lieu. Know what your options are in the workplace. Other perks could include flexibility on work hours, assistance with tertiary education, gym memberships, help with childcare or car parking. Having some of these extras could lead to much greater job satisfaction.

Tip 6: If the answers is no, ask again, in six months’ time.
Just because your employer says no this time, it doesn’t mean you can’t ask again. Ask for another meeting in three or six months. Your bargaining power could increase in the meantime if the labour market tightens further. In the meantime, arm yourself with evidence of your productivity and value to the organisation so you are even better prepared next time.

Kris’s article has also been featured in the Sydney Morning Herald, The Age, and Money Mag. 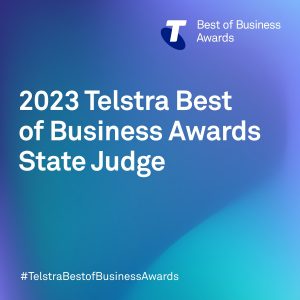 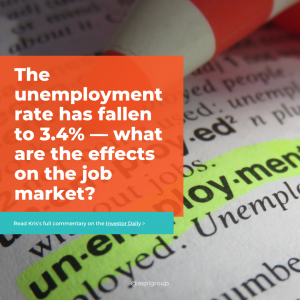 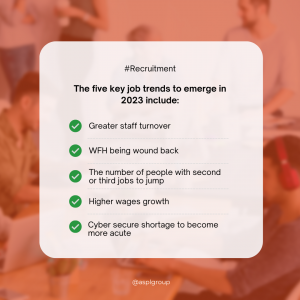 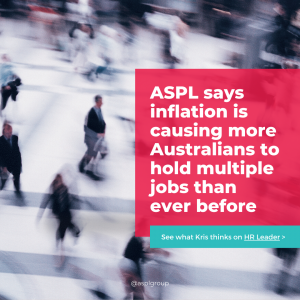 The Australian Bureau of Statistics (ABS) has released data suggesting many Australians are holding multiple jobs, which has reached record numbers. Our CEO, Kris Grant, indicates this is due to inflation.